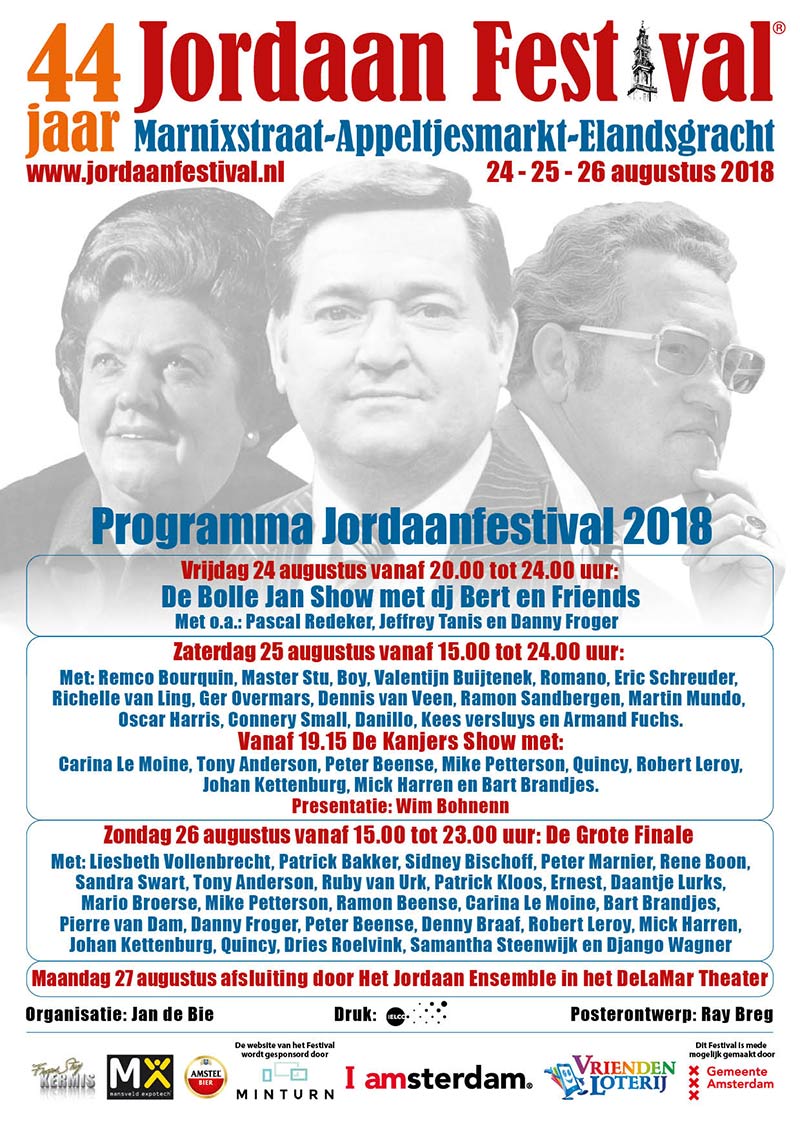 From 24 to 27 August the well-known Jordaan Festival will start again with a variation of Dutch artists. On 24, 25 and 26 August the festival will take place at the Appeltjesmarkt and on 27 August at De La Mar theater.

The Jordaan Festival started on the Elandsgracht in 1975, but was moved to the Appeltjesmarkt because of the great interest. The Jordaan Festival is also seen as a breeding ground for new talent. For example, the festival provided Andre Hazes and Marco Borsato for their breakthrough among the general public. This year also several new but also renowned artists perform. For example Danny Froger, Mick Harren, Quincy, Peter Beense and Dries Roelvink are part of the party.

Jan de Bie is the organizer of the festival and has a nice anecdote: “They sometimes say that they have become known to me,” Jan says. But his most beautiful memory is a performance by André Hazes: “3000 men stood under umbrellas in the pouring rain to listen to André’s concert. Suddenly he walks all the way to the edge of the stage, pulls out his jacket and says, “You in the rain, I in the rain.” Spontaneously everyone took his umbrella down and enjoyed the rain. That’s great right? And then all those high hairstyles and worn out mascara of the women from the Jordaan, it did not look good, but it was fun! “

The Bolle Jan Show
On the first day of Het Jordaan Festival, the spectacular Bolle Jan Show with DJ Bert & friends traditionally takes place. The show starts at 20:00 and we continue until midnight at midnight!

With, among others, Pascal Redeker, Jeffrey Tanis & Danny Froger!

The evening is presented by Wim Bohnenn!

On Sundays we will enjoy a great series of fantastic live performances from 15:00 to 23:00 hrs!

Celebrate the life song during this purebred Amsterdam folk festival. The Jordaan festival pays tribute to the heart-warming history of the Jordaan on the basis of the most beautiful songs. A special event that has existed since 1975 and is organized annually by Jan de Bie. During the closing of the Jordaan festival in DeLaMar, the popular Jordaan ensemble in traditional clothing sings delicious songs that have not been forgotten and should not be forgotten. And of course the audience is cordially invited to sing along! 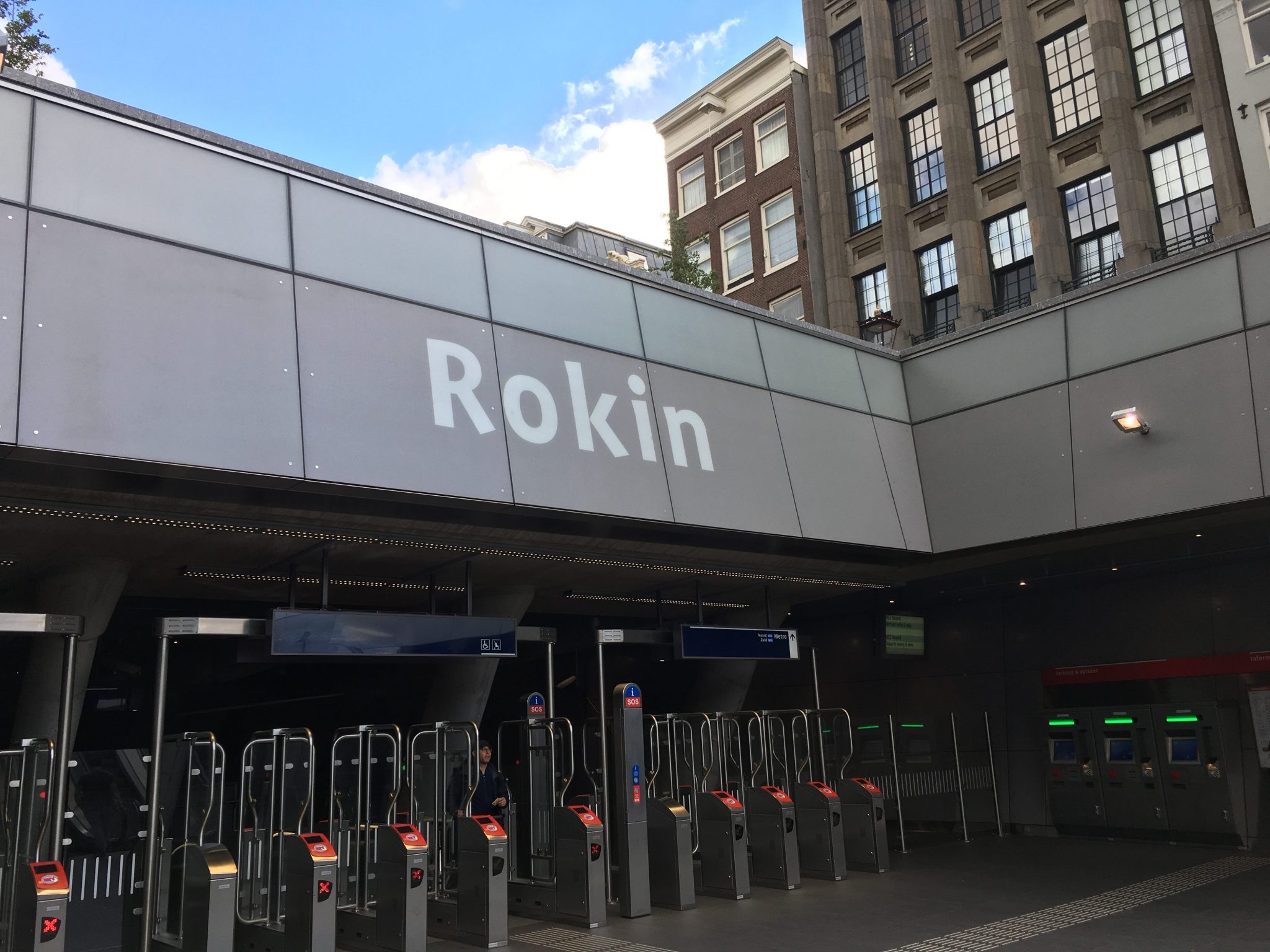