Exhibition in the Rijksmuseum about the 80 year war 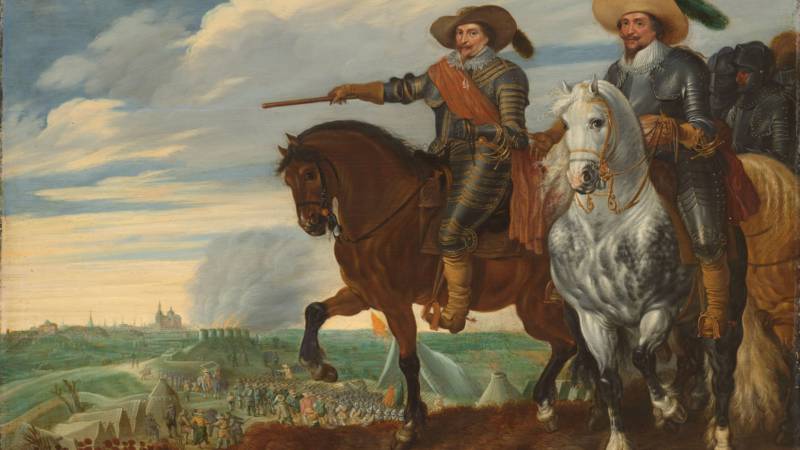 Birth of the Netherlands and the eighty years of war

The Rijksmuseum will present 80 years of War and the birth of the Netherlands from October 12, 2018 through January 20, 2019. It is 450 years since this war began. Many stories can be told about this many years of struggle between the Netherlands and the Spanish King Philip 2, led by William of Orange. Matters such as tactical mastery, oppression, insurrection, ideals and war. The Flemish theater designer Roel van Berckelaer shows with a contemporary exhibition design of the Rijksmuseum how the Eighty Years’ War has changed and formed the Netherlands. This exhibition also shows how the south, now Belgium, got its own character through this struggle. 80 Years War. The birth of the Netherlands is the first major exhibition that highlights the entire conflict and also shows its international perspective. Issues such as freedom of religion, right to self-determination, terror and persecution that are still current today are constantly emerging.

Everyone has heard of the Eighty Years’ War (1568-1648), the revolt of the Netherlands led by William of Orange against the Spanish King Philip II. Concepts such as iconoclasm, twelve-year file, Leidens Ontzet or the Battle of Nieuwpoort are part of our national memory. But what does all this have to do with each other, what is the meaning of that war and why is this period still important for the Netherlands? Started as an uprising against the established authority of king and church, the conflict developed into a war between two states, the Netherlands and Spain, with a global character. What once was one country fell apart into two parts, after which both areas, now the Netherlands and Belgium, grew apart. The north, the present Netherlands, became incredibly prosperous and a world power thanks to the war. These developments and their consequences for both north and south are central to the exhibition, with different perspectives being given attention. The question is always asked what the significance of this period is for the society in which we now live. After all, the Netherlands originated from this war. Moreover, during the revolt it was about essential themes such as tolerance, uprising, self-determination and freedom, themes that are also important now.

200 works of art and objects as eyewitnesses in 80 Years War.

The birth of the Netherlands is to see two hundred works of art and objects that played a role in this conflict and were ‘eyewitnesses’ to this. The visitor sees in these objects victims of the iconoclasm, propaganda, triumphalistic works of art, expressions of victory and loss and touching personal memories. On display are paintings by, among others, Bruegel, Rubens and Ter Borch, sculptures by Willem van Oranje and Piet Hein, large tapestries with battles and sieges, weapons and, of course, important documents such as the Pacification of Ghent and the Treaty of Munster of 1648, with which the war was finally ended.

Glennis Grace to finale of America’s Got Talent

Glennis Grace to finale of America’s Got Talent